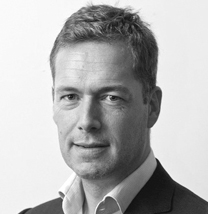 Bart Leclercq has worked in the middle east region for 17 years with a number of world class consultants, during which time he worked on projects that include Dubai World Trade Center, Royal Mirage on the Palm Jumeirah, as well as the retail district and parking component of Bluewaters in Dubai. He was also involved with the 5-star Kempinski Hotel for The Wave in Muscat, Oman.

Bart was born and raised in Maastricht in the south of the Netherlands, and was educated at the University of Technology in Delft. There he studied Civil Engineering with a specialisation in large complex building projects. At the beginning of his career he worked in London and Dublin in Ireland, before relocating to Dubai in 2004. In January 2021 he moved to Riyadh on the back of some significant project wins for BSBG in Saudi Arabia. Bart’s combination of high-end design and first-class delivery expertise is very rare, and is something has been of enormous value as BSBG continue to expand operations in KSA.

Bart Leclercq is a very familiar face within the Middle East; he has been a keynote speaker at various conferences and professional events throughout the region, and has also been a long-term judge for the ME Architect’s Award.

Upcoming
97th Edition – Zak World of Façades Saudi Arabia
This will be the 97th edition globally and the 2nd edition in Jeddah which will showcase sustainable innovations and challenges in the construction industry pertaining to the building envelope and will also display latest technological solutions. Visit the official page for...