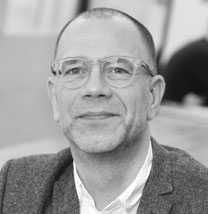 Sven Thorissen currently oversees MVRDV’s Das Studio, explicitly focused on growing the office’s profile and portfolio in Germany. Sven Thorissen returned to MVRDV in early 2019 after a 12 year-hiatus, a considerable period of which he was working as Concept Developer for Proper Stok and Strategic Advisor Spatial Development, Economy and Sustainability for the municipality of Alphen aan den Rijn. He leverages this broad range of experience with private and public organizations, across architectural design, project development, and sustainability in his studio leadership. Projects that benefit from this insight include Werkstad Grasbrook, Potsdam Kreativ Quartier, KoolKiel, Turm mit Taille Vienna, EXPO Pavillion 2.0 and Franklin Mitte, as well as those previously undertaken as a Project Leader for MVRDV between 2000-07: Unterföhring Park Village, Frøsilo in Copenhagen, Parkrand in Amsterdam and the Markthal in Rotterdam.

Thorissen’s academic background is reflective of this same adventurous versatility, having studied architecture at the TU Braunschweig, ETH Zurich, and the Technical University Delft, where he received his master’s degree in architecture. Aside from his work at MVRDV, he is visiting critic at the Rotterdam Academy of Architecture, the ENSA Belleville, Paris, and the University of Applied Sciences in Leiden, and regularly contributes to a number of publications concerning inclusive city design, future housing, the circular economy, and productive urban landscapes.

Upcoming
83rd Edition – Zak World of Façades Germany
This will be the 83rd edition globally and the 2nd edition in Germany which will showcase sustainable innovations and challenges in the construction industry pertaining to the building envelope and will also display latest technological solutions.