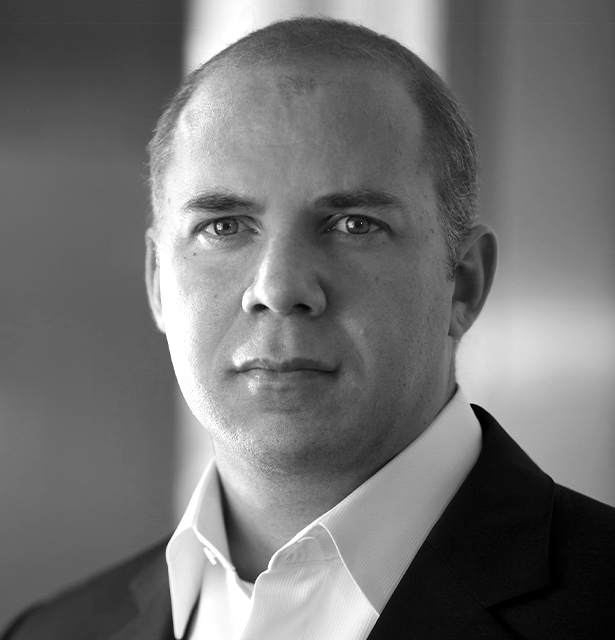 Gordon Gill FAIA, is one of the world’s foremost exponents of performance-based architecture. Ranging from the world’s tallest buildings to sustainable communities, his work is driven by his philosophy that there is a purposeful relationship between formal design and performance, that there is a Language of Performance, which is the basis of his practice Form Follows Performance. His approach is based on an ecologically conscious philosophy that sets new standards for the relationships between the built and natural environment. His buildings and urban projects have transformed cityscapes and defined, as well as restored, city centers around the world.
A founding partner of award-winning Adrian Smith + Gordon Gill Architecture (AS+GG), his work includes the design of the world’s first net zero-energy skyscraper, Pearl River Tower (designed at SOM Chicago), the world’s first large-scale positive energy building, Masdar Headquarters, the world’s tallest tower, Jeddah Tower in Jeddah Saudi Arabia, and the design of Astana Expo 2017 and its sustainable legacy community in Kazakhstan. Most recently, he designed Al Wasl Plaza the centerpiece of Expo 2020 Dubai, which combines a LEED Platinum development with breathtaking design, innovative technologies, and an intricate domed trellis that incorporates the world’s largest projection experience. These landmark projects pursue energy independence by harnessing the power of natural forces onsite and striking a balance with their environmental contexts. Gordon’s designs also include performing arts centers, museums, strategic carbon planning, and urban master plans across the globe.

Expired
91st Edition – Zak World of Façades Canada
This will be the 91st edition globally and the 1st edition in Toronto which will showcase sustainable innovations and challenges in the construction industry pertaining to the building envelope and will also display the latest technological solutions. Visit the official...
Virtual